I know about the Magna Carta, the potato famine in Ireland, the War of Roses, the plague, the Holocaust, the Great Depression and I know about colonialism.

I know about colonialism not because I just read its definition in a book, but because my grandfather, Siddiq Hossain, an Indian freedom fighter, taught me about it as a child. I also know about it because I live with its consequences. All minorities, all people of color, especially black people live with the daily consequences of white greed.

Stories of people of color are rarely told. For example, do you know why was the American police created? What are it’s origins? Before there was a police force in the US, there were Slave Patrols and Night Watches to prevent people of color from running away or finding any source of freedom and security. Until the end of the Civil War, they acted as safety nets for the economic systems that were dependent on the institution of slavery for 245 years in the US. These patrols and night watchmen eventually became police departments that enforced Jim Crow laws under the criminal justice system. 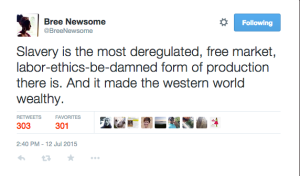 This is a crucial lesson in US history, which I only learned after conducting my own research as an adult. Why are we not adequately taught about the history of slavery in the US in our schools?

There are so many movies produced about the Holocaust so that we will never forget the atrocities Nazi Germany inflicted on Jews. We know to never forget the Holocaust by learning about it. Its lessons teach us to never repeat those same crimes. However, very little content is created about American slavery, the Jim Crow Era, the Harlem Renaissance or of African contributions to humanity in the sciences, music, literature and modern medicine. The list could go on and on. We have no trouble learning about the holocaust committed in another country, but we can’t manage to learn our own. That’s uncomfortable. Is plight only worth being studied about when it’s white?

So, what are the consequences of neglecting our own history? The dehumanization of black lives is a consequence. There is a segment of the American population that is still being patrolled in 2015 based on the color of their skin. This practice can be traced back decades to when lynchings were occasions for picnics. The false criminalization and racial profiling of black citizens is still frequently used as a tool to generate revenue within cities. Ferguson, Mo. is a prime example of this practice . It was discovered that Ferguson police was wrongfully ticketing its black residents for things as simple as parking in the wrong spot. If individuals could not pay these fines, either more fines would be added or arrest warrants would be drafted despite the person’s actions not actually qualifying as a crime. 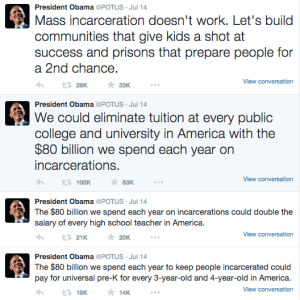 The entire practice of patrolling is hundreds of years old in this country. Ray Tensing would’ve gotten away with the murder of Sam Dubose had it not been for his body cam. Had it not been for technology, the stories of the perverse dehumanization of Rodney King, Sandra Bland, Michael Brown, Trayvon Martin, Eric Garner and Alesia Thomas might not have been brought to the forefront. It’s disgraceful that it takes hashtags of the deceased to call for reform to an antiquated system of American policing.

Ray Tensing and his fellow officers corroborated in a lie claiming that Sam Dubose attacked him. Tensing attempted to frame Sam Dubose.

Hello! Welcome to my blog! Thank you for visiting because "Talk that Talk" is meant to be a blog that features content about Womyn of Color, Queer Womyn Color, People of Color and Queer People of Color. Eventually, I hope that this blog can transition into an online magazine with a full staff of womyn of color contributors. As of right now, this blog contains my journalistic coverage of Boston, domestic and international policies. View all posts by Sara Hussain